FEATURED: What to watch in the markets today  - read our article!
Read more
NewsTechnology

There are a number of ways that businesses can try to be more environmentally friendly. We usually talk about the use of alternative energy and other obvious ways to lower our carbon footprints.

One overlooked way for businesses to become more environmentally friendly is by using more energy efficient data centers. This may not seem like it would make a huge difference, but the benefits for the environment can be huge.

Underwater Data Centers Could Be Great for Improving Sustainability

We live in the age of big data. As our data needs grow, so does energy consumption. According to recent data, U.S. data centers consumed 70 billion kilowatt-hours of electricity, which is roughly 1% of all the energy consumed in the United States. Data usage is growing 25% every five years, which will be very costly to both operators and consumers if more affordable options aren’t pursued.

“Over the course of this 105-day experiment, we showed that we could keep the submerged computers at temperatures that were at least as cold as mechanical cooling can achieve and with even lower energy overhead than the free-air approach—just 3 percent. That energy-overhead value is lower than any production or experimental data center of which we are aware.”

As experts try to learn more about eco-friendly airports, solar and wind energy and other green options, they will look into underwater data centers too.

Experts have been testing the viability of underwater data centers since 2015. While follow-up tests need to be conducted to confirm these findings, the preliminary data is compelling so far.

How come underwater data centers appear to be more energy efficient? There are a few reasons. First of all, they rely largely on kinetic energy from the ocean. As waves push against the data center, they move an underwater turbine, which creates the electricity they need to function.

Underwater data centers are also in cooler environments, so the risk of overheating is much lower. They don’t to consume nearly as much energy to turn a fan.

“This is speculative technology, in the sense that if it turns out to be a good idea, it will instantly change the economics of this business,” says Norm Whitaker, head of Special Projects for Microsoft Research NExT. “There are lots of moving parts, lots of planning that goes into this. This is more a tool that we can make available to datacenter partners. In a difficult situation, they could turn to this and use it.”

Since data use is rising steadily, more data suppliers may look into underwater data centers as a solution to energy costs. There are two questions they need to answer before deciding whether it is a viable solution:

Here are some issues that need to overcome.

Microsoft was able to create an underwater center, but it was only 10 feet by 7 feet in size. The IEEE reports that the median data center is 190,000 square feet, which is over 3,000 times larger.

What role would size play in the construction, maintenance and energy expenditures of larger data centers? Would larger data centers still be more efficient underwater or would the energy savings be canceled out at a certain scale?

Microsoft setup a temporary data center. It worked reliably for three months, but exposure to salt water and damage from underwater species could cause damage over time that wasn’t observed during the initial experiment.

As global warming fears escalate, regulators will put more pressure on data centers to minimize rising sea and air temperatures. According to the EPA, sea temperatures have risen 0.13 degrees each decade for the past century, which is statistically a big deal. If heat emissions from data centers contribute to rising ocean temperatures, they may be pressured to avoid storing them underwater.

However, there are a couple of reasons this may not be the case:

While these fears seem unwarranted, Energy Company Numbers speculates that more research may be needed to understand the correlation between underwater data centers and sea temperatures.

There are a lot of great ways that eco-friendly businesses can lower their carbon footprints. Underwater data centers can make clear difference, especially for companies that rely heavily on big data. 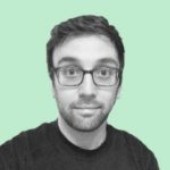 5 Crucial Things to Do to Start an Eco-Friendly Business